Our Own Bill Prescott recently contributed the below piece to the Produce News highlighting our Canadian farm. It is now tulip time in the Northeast! -Lily


Sun Valley Niagara is located in St. Catharines, Ontario, Canada, about 30 miles north of Niagara Falls, NY, and it has some very unique geography and a micro-climate that makes growing everything from peaches to grapes to flowers very successful. The micro-climate is created by the moderating influence of Lake Ontario/Lake Erie and the sheltering effect of the Niagara Escarpment, below which our farm sits, near the shores of Lake Ontario. 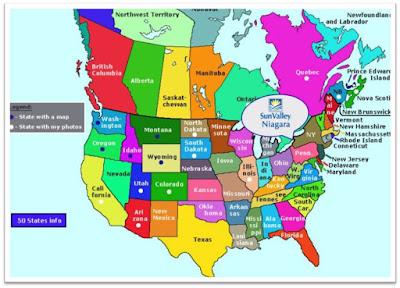 This farm was established by Sun Valley in 2010 and grows a selection of flowers perfectly selected for the region. The lead grower, Bart van Haaster, was born into a tulip farming family in the Netherlands and spent many years in Arcata training with Lane DeVries, before spearheading the development of this farm.


The primary crop is soil-grown tulips, with heavy greenhouse production in winter, spring and fall. During the summers, the greenhouses are taken over by an assorted crop of lilies, featuring classic Orientals, Sun Valley’s own LA Hybrid “Royal” lilies and most notably a great selection of Roselilies. In addition, Sun Valley Niagara has field production, with a crop of peonies in June and sunflowers in July and August.

This farm also serves as a Sun Valley sales office for key accounts sales representative Tanya Chew, who is focused on Canadian accounts, as well as East Coast accounts in the United States. Tanya is relatively new to the Sun Valley team; she was previously at Freeman Herbs, literally just down the street in Beamsville, Ontario.


“Coming from potted herbs to cut flowers has been a great transition,” said Ms. Chew. “It’s a pleasure to work with many of the same organizations and even a few of the same people, but I’ve fallen in love with tulips, this I did not expect.”

Sun Valley Niagara has a bright future as a growing operation, but also as a sales and distribution hub for all of Sun Valley’s flowers.