“I know it’s cliché, but the whole family is just whacked. I mean, we’re all out of our minds. They’re the funniest, most eccentric bizarre people I’ve ever met, my siblings.”
-Dana Carvey

For the last several years anyone on social media has seen the meteoric rise of Siblings Day, which is celebrated April 10th. The last few years Siblings Day has gotten major attention on The Huffington Post, Buzzfeed, The Today Show and other mainstream media sources.

Do you realize that 80% of Americans have siblings? With the 2017 population at 325 million Americans, this mean 260 million people are eligible to receive flowers on Siblings Day. Of course, flowers are the perfect way to celebrate the relationship with your brother and sisters.


This holiday is relatively new but has an intriguing story. According to Wikipedia, it was originally conceived by Claudia Evart to honor the memory of her brother and sister, who both died at a young age. She started a foundation which was incorporated in 1997 and achieved non-profit status in 1999. The goal of the organization is to celebrate and memorialize all brothers and sisters, and the bond that is forever a special gift.

In 2005, U.S. Representative Carolyn Maloney introduced the holiday into the Congressional Record, and there are efforts for the holiday to be recognized as a Federal Holiday. 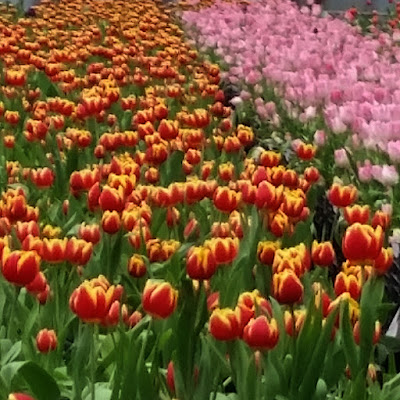 The growth of social media in the last decade has brought this fun, non-political, low pressure event to the forefront, especially with millennial consumers.

Social media makes it easy to “tag” your brothers of sisters, and share a picture from when you were kids, but it is also easy to send them a box of spring tulips or grab CAGrown bouquet and drop it off at their office.

Flowers like ranunculus, iris and lilies are a casual, non-materialistic way to recognize your family members and let them know you appreciate them.


This year, it is especially timely for flower sales, as Easter is late, coming on Sunday 21st, so a reason to share flowers on April 10th is a great thing.