Traditionally, the Christmas season is dominated by colors of red and green, contrasted against bright white, lustrous metallics, and cool blue. Each color has its own symbolic meaning and historical significance, and over the next few weeks, I'm going to focus on one particular holiday color. This week, we're taking a hint from the world's best-selling single of all time, "White Christmas," with a nod to white flowers for holiday decor. 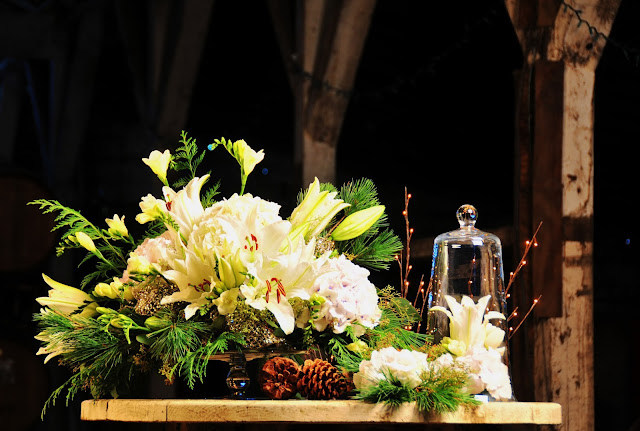 Dickens may have popularized the idea that Christmas should be white with his 1843 tale of redemption, "A Christmas Carol," but it was one century later, when the song "White Christmas" was released to the world, winning an Academy Award, and further enshrining in our minds that white equals Christmas.  White does invoke an atmosphere of wintertime, childhood, and tradition, while also symbolizing the tranquility and peace that can come with the holiday season (if we want it!). The cool tones of white also strike the perfect balance with traditional colors of Christmas: red, green, and gold. 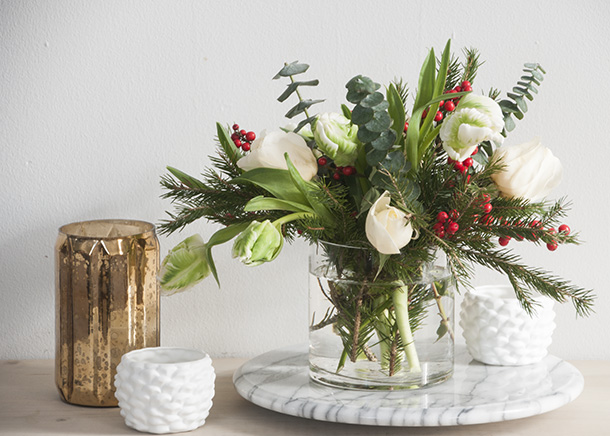 White lilies have always been a popular holiday choice due to their shape, scent, and symbolism.  From as early as 1600 B.C. particular meanings have been associated with the white lily, with ancient Greeks and Romans believing the lily represented purity, fertility, virtue, and prosperity.  In Christian culture, the white lily is a symbol of the innocence and chastity associated with the Virgin Mary.

The shape, lasting ability, and scent of White Oriental Lilies in particular is especially lovely when paired with bright ilex berries and earthy, evergreen boughs of cedar, fir, and pine. 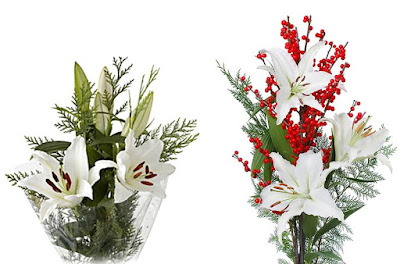 Tulips in December? Yes, yes we can.  Together with our Southern Hemisphere partners we can offer spring-fresh tulips in the dead of winter, which can give holiday bouquets and arrangements a modern, garden-fresh look.  Tulips, including the super-tall French variety (Clearwater is pictured below), as well as the unique shape of Parrot Tulips (pictured above, second photo of blog), are gaining popularity as a fresh alternative to traditional holiday flowers, and they look great when used en masse. 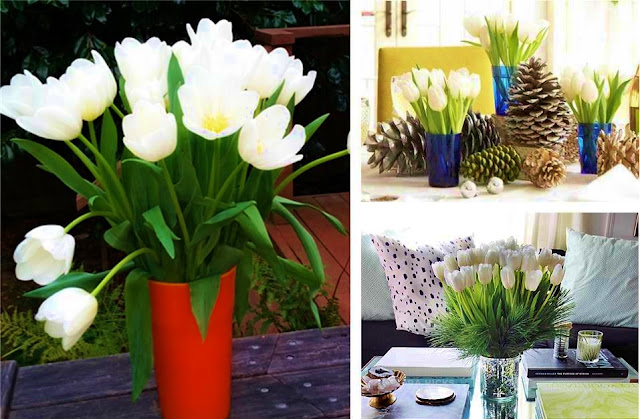 Like lilies, when white tulips are paired with holiday greenery and bursts of color, the effect really drives that White Christmas feeling home. 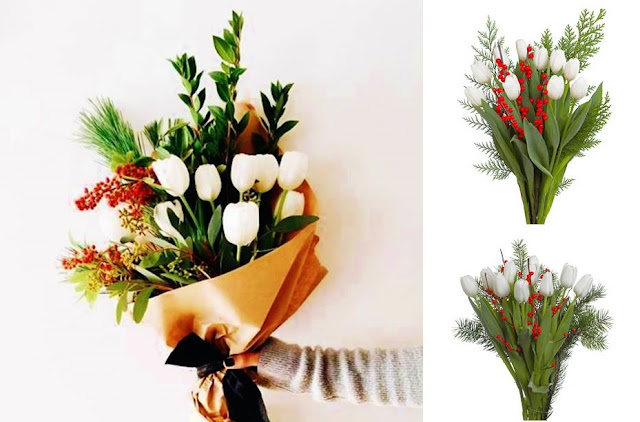 White flowers are not only beautiful in their purity, they pair well with classic colors of Christmas. White is clean and pure, and brings to mind the idea of a fresh start, which we all look forward to at the turn of every new year.  So, may your days be merry and bright and may all your Christmas flowers be white.