The Future of Women’s Day is Purple

Our own Bill Prescott recently contributed this Women's Day piece to the Produce News.  Women's Day is March 8th.

Real and positive change is happening from Hollywood to Washington D.C. and all points in-between. Sparked by the #MeToo movement, women’s rights have been a big part of the national consciousness for the last year. This has generated much-needed discussion and cultural introspection. In fact, according to Merriam-Webster, the most looked-up word on their website for 2017 was “feminism.” 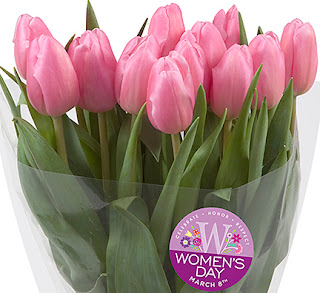 It is no small coincidence that Ultra Violet, the Pantone Color of the Year, is the color of the International Women’s Day movement. This year, Women’s Day on Thursday, March 8, will be a tidal wave of purple across traditional media, social media and in large and small communities across the United States.

As retailers, wholesalers, and flower farmers, we need to be prepared with a wide selection of purple flowers. Flowers share the energy and momentum of a moment like nothing else. They represent change and symbolize hope. Purple flowers specifically represent pride, dignity and success —how appropriate for Women’s Day?

Purple will be the color of the day. By drawing attention to this color in your store with your flower selections, display boxes and POP, you will engage consumers and drive sales. Flowers such as purple tulips, hyacinths, Matsumoto asters and iris, as well as purple-themed bouquets, need to be merchandised front and center.

One customary way flowers are used for Women’s Day is that a man or woman will buy a bunch of stems — usually roses or tulips — and hand out individual stems to all the women they interact with, from an Uber driver, to their coworkers, to their daughter and her friends. This part of the celebration is very popular in Europe, where Women’s Day flower sales are equal to Valentine’s Day sales.


Women’s Day was first celebrated in 1909 in New York City, where over 2,000 people gathered on a Sunday to hear speakers explain the principles of equal rights and demand women receive the right to vote. A remarkable, visionary quote from the 1909 event by Charlotte Perkins Gilman reads, “It is true that a woman’s duty is centered in her home and motherhood, but home should mean the whole country and not be confined to three or four rooms, or a city, or a state.” 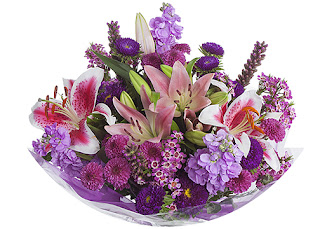 The pioneering work of Gilman and other activists at this time laid the groundwork for the passing of the 19th Amendment in 1920, which gave women the right to vote.

In the days leading up to Thursday, March 8, you have the opportunity to activate customers who may be newly aware of Women’s Day and excited to participate as the nation takes a moment to honor and respect women.