The power of flowers to bring joy can never be underestimated.

Last Saturday, in partnership with iBulb and Anthos, Sun Valley brought 100,000 tulips to Union Square in downtown San Francisco to celebrate the inaugural American Tulip Day. This effort was spearheaded by Dutch bulb exporters to promote tulips in the United States. Modeled on a similar tradition in the Netherlands, the public is invited to come pick their own tulips from a huge garden for free.


At sunrise, a group of Dutch flower farmers, local Dutch flower fans and team members from Sun Valley gathered at Union Square to pull off an incredible effort.  By 11 AM, this team of about 25 people had placed 100,000 tulips into a perfectly designed pattern, around the Dewey Monument.

Backs were sore, hands were chapped, but spirits were very high as what seemed like an unattainable goal was achieved through hard work and cooperation. 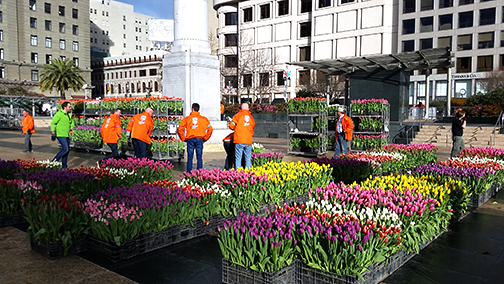 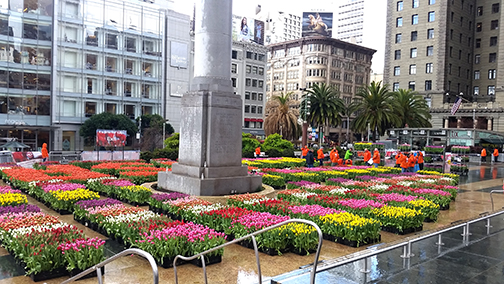 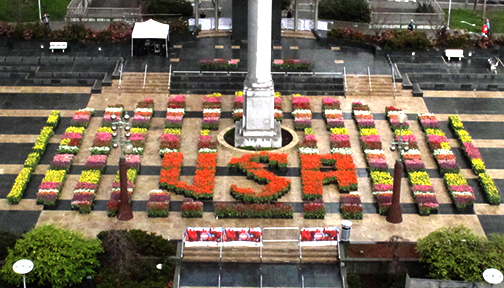 When the gates opened to the public, people streamed into the tulip garden, at first not quite sure what to do, then, they naturally just started pulling the tulips up. Soon waves of people were among the tulips, taking selfies, playing with their kids, and simply enjoying being surrounded by tulips.

It was extremely gratifying to see how much joy this experience brought nearly 5,000 people.  Our small crew stayed among the tulips, helping people take photos and explaining care and handling for their new treasures.

People were literally in tears as they thanked us for this once in a lifetime opportunity. The makeup of the crowd was as diverse as you can image, yet every single person was laughing, smiling and sharing in an experience which they won’t soon forget.

One romantic soul used American Tulip Day as the perfect time to propose to his girlfriend, and of course she said yes! 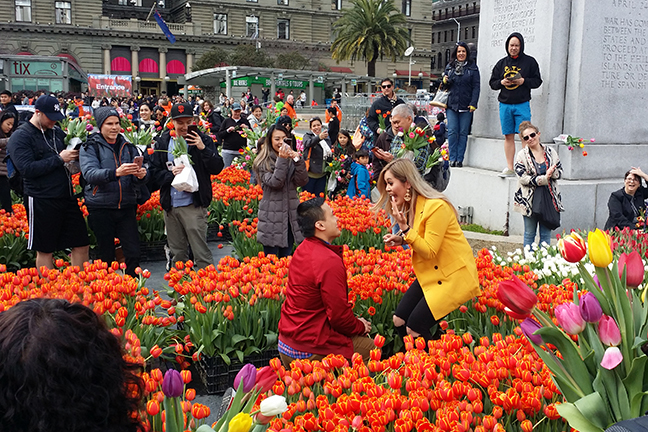 Across social media images of American Tulip Day have flourished, here's a sample!

After about three hours the tulip garden was nearly picked clean. Our team reassembled to clean up the Square and return it to its original state. The crates were picked up, and trucks brought back to be reloaded. 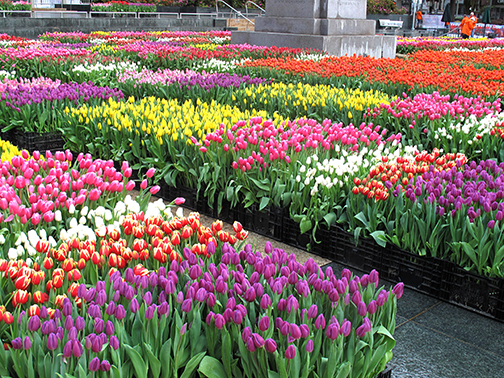 Once the Square was swept and the banners tucked away, hugs and handshakes were exchanged among new friends, and promises were made for next year.

Right now, 100,000 tulips are in vases across the Bay Area and beyond, bringing joy and happiness to all.