In 1984, Sun Valley brought its first tulips into the world.  The program was small, the plant sheets were handwritten, and the team was just a few...

That was thirty-two years ago, but the real heart and soul of Sun Valley began over 140 year ago, in Holland, with the birth of Lane DeVries' great-grandfather, Teun DeVries.   Teun was a vegetable farmer, the first in the family to fall in love with the tulip, and as history has shown, he wouldn't be the last. 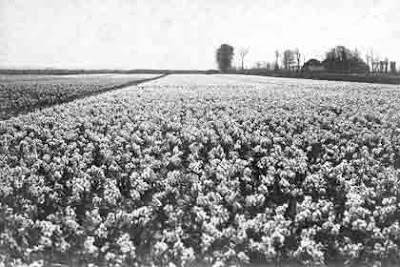 Teun started farming a small plot of rented land on the outskirts of Amsterdam.  He and his family planted, tended, and picked the tulips, loaded a wooden cart, and hauled them into the city.  He sold the tulips on a street corner, and soon developed a tribe of customers who, too, saw the beauty and life in a tulip. 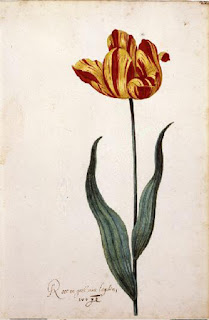 The elder DeVries and his wife soon had a son, and that son followed him into the tulip fields.  The family tradition continued on through another generation, and then, Sun Valley's  Lane DeVries was brought into the world.  At the age of 10, Lane joined his father, brothers, and sisters in the tulip tradition--planting, picking, and delivering their baskets of color to the nearby Beverwijk flower auction.

The tulip was the DeVries Family world, and Lane carried the floral badge with fervor -- studying horticulture in Holland and eventually traveling to the US for "just a year" to grow Dutch tulips in American soil. That "just a year" turned in thirty-two.
Lane had found the perfect climate to grow his beloved, familial tulips in Coastal Northern California, and he didn't miss a beat in continuing the DeVries family tradition.  That first year, armed with eight tulip varieties, a Telex machine, and a century of experience, Sun Valley was born.  Thirty-two years later, our tulip program now involves over 200 varieties (keeping one of the original tulip varieties with us the whole stretch of the way--Kees Nelis).


Over the generations, a singular passion for growing the world's best tulips has been passed down from father to son again and again.   Tulip growing is not for the faint of heart, it is for tulips lovers only -- it requires a belief in the flowers and a discipline in the craft.  Only then, can one produce the world's best loved tulips.

Because of one vegetable farmer's infatuation with the tulip over 140 years ago, we can now partake in a tradition that has been building since the invention of the automobile. Take home the living legacy of the DeVries family -- over four generations of exceptional tulip love. 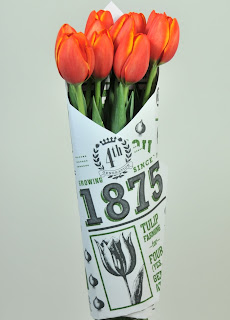