This last year was a doozy, wasn't it?  Between an upsetting amount of celebrity deaths, a heart-stopping, 7-game World Series, and the craziest election season on record, I do believe Merriam-Webster hit the nail on the head when they declared the 2016 Word of the Year to be "surreal." 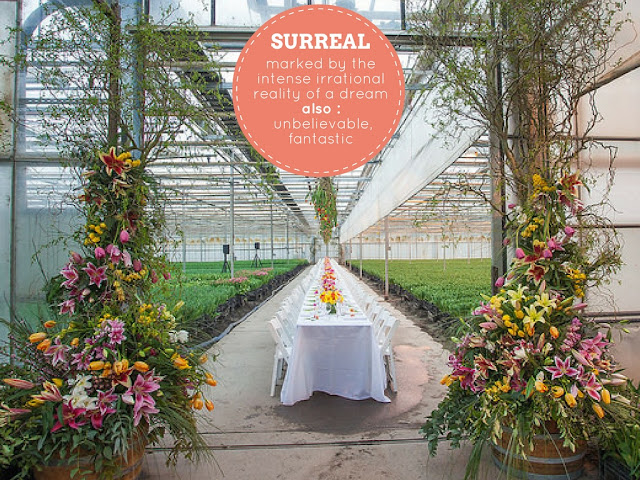 But 2016 wasn't all drama and confusion...Remember when the adorable Giant Panda was declared no longer endangered? Or when the unemployment rate dropped to its lowest in nine years? Or when coffee was found to be good for you? *takes a long sip*

So, before we banish 2016 to the history books, let's have a look at the Top 5 Flower  Talk articles from the past year. 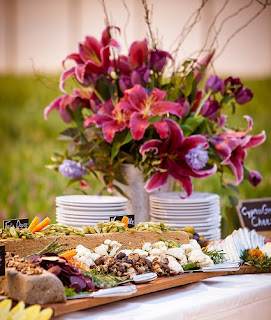 The American Grown Field to Vase Dinner Tour is a series of events which has  been taking the country by storm for the past two years. Last year, it kicked off its 2016 tour at our farm in Arcata.  Our tulip greenhouse was transformed into an elegant, intimate setting overflowing with tulips, iris, and lilies.  Friends, farmers, and flower lovers alike dined on locally grown food, beer, and wine prepared by farm-to-table chefs, and enjoyed a flower presentation by Flora Organica Designs, as well as readings by Amy Stewart and Debra Prinzing.

This year, the Field to Vase Tour has announced they will be going to Alaska, which I'm sure will be quite the visual and gastronomical treat.  Stay tuned to see where Field to Vase will be dazzling in 2017.

Number 4: The Flowers of the Dead 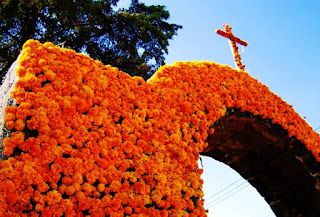 I suppose it isn't so surprising that our 4th most-read post was about the flowers of Día de Los Muertos, or the Day of the Dead.  The past year did feel heavy with loss as the world collectively mourned the passing of David Bowie, Prince, Leonard Cohen, Carrie Fischer, Debbie Reynolds, Gene Wilder, Leon Russell....(and the list goes on).

The Flowers of the Dead explores the history and tradition of Day of the Dead celebration, and the flowers used to commemorate death and honor its relationship to life. 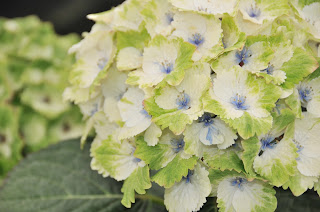 Yes, we get it.  You love hydrangeas. These coastal mopheads have made the Flowers in Review countdown for the last two years, and no wonder. The past couple of seasons have seen us bringing new, hybridized varieties to the market, and our long growing season means everyone can have hydrangeas nearly 6 months of the year (including antiques).

That's a lot of hydrangea to love, and don't worry, hydrangea season (and sunshine) will be here soon enough.

Number 2: Pantone Color of the Year 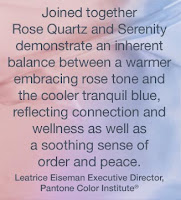 It's as if Pantone knew that 2016 was going to be a stressful trip around the sun.  Last year, for the first time in its history, Pantone chose two hues for the Color of the Year--Rose Quartz and Serenity (13-1520 and 15-3919, respectively).

Floral design had a field day with these two colors in 2016.  The colors naturally complement each other; plus, an almost limitless combination of corresponding palettes made matching other colors and flowers with these hues easy and fun.

For 2017, Pantone's color of the year is Greenery, a "zesty yellow green" shade which bursts forth with freshness, rejuvenation, and hope.  We'll be discussing Greenery and its color complements in next week's Flower Talk, so stay tuned for some helpful color palettes and fun floral design ideas. 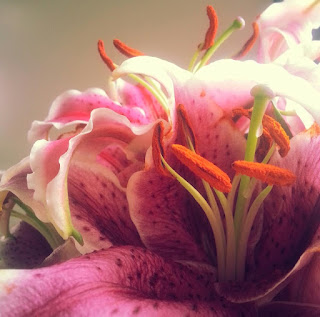 This most-read post of 2016 was one of the most fun to research and write; it explored the connection between stress relief and Oriental lilies and revealed some fascinating information about floral compounds, psychology, and our sense of smell.

It seems that floral education continues to be a popular read.  Last year's most-read post was my Lily Scent Guide, which broke down which types of lilies smell and which lilies do not.  These two lily posts show that floral education will continue in its upward trend, and we are here to answer that call, so you can definitely look forward to more fascinating flower information and education here in 2017!